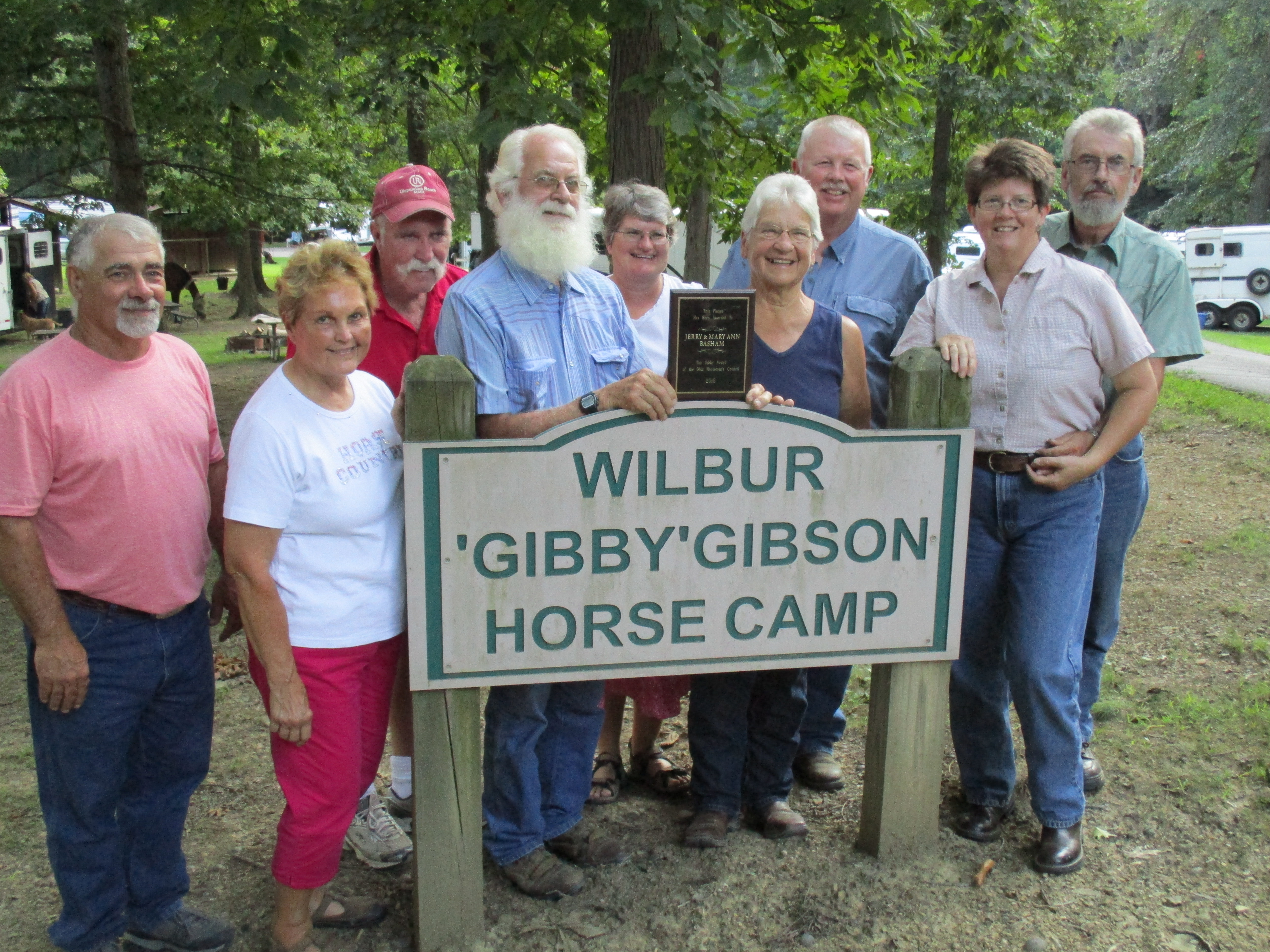 The “Gibby Award” named for Wilbur T. Gibson, was established to recognize OHC volunteers who have worked diligently to develop and maintain trails. Wilbur T. “Gibby” Gibson was the first recipient in 2001. In laying out the trails at Barkcamp, Gibby petitioned the Ohio State Legislature for support before creating and maintaining the trails on his own. Because of his work, ODNR has dedicated the horse camp at Barkcamp in his honor. He was honored at Harrison State Forest in Harrison County for the same efforts. Both places have trails named for him. Gibby passed in April 2008, but his legacy continues to inspire and 20 members have received this award.

Anyone can nominate an OHC member but the nomination must be submitted to the Merit Award Chairperson by June 30 and must be signed by four (4) OHC members, each belonging to a different county. No more than one honoree will be selected each year. For more information, contact meritawards@ohconline.com.